skip to main | skip to sidebar

This year the boys are on the same little league team. We decided to skip the whole t-ball deal with Jackson so that we wouldn't have so many different games and practices to go to. It has worked out wonderfully! The boys like being on the same team and Austin is busy teaching Jackson everything he would have learned in t-ball. Jackson is doing great! 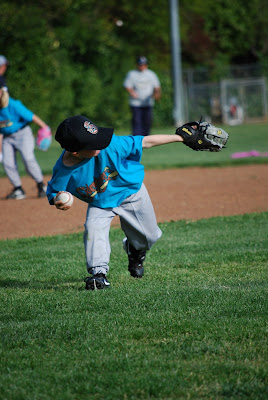 Believe it or not, both of these photos are of Jackson.
Would you look at him field that ball!
He is a hustler! 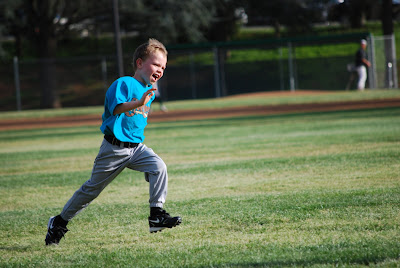 Austin has a mouthful of Big League Chew at every game. 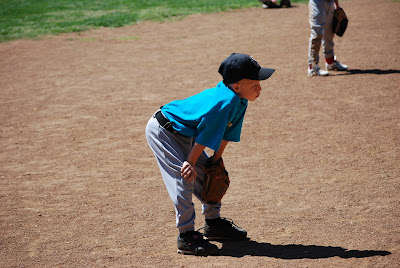 Austin is swinging for the fence! Nice swing! Yep, that was to the grass! 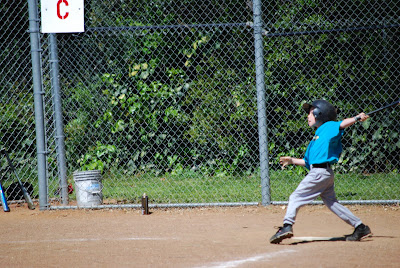 fun pictures of your kids playing ball! I'm so envious of the sun you get to play in. We are first timer parents with Liam in baseball and not loving the NW spring sport season!

I love these shots. Your Nikon is treating you right and your boys have big league form!